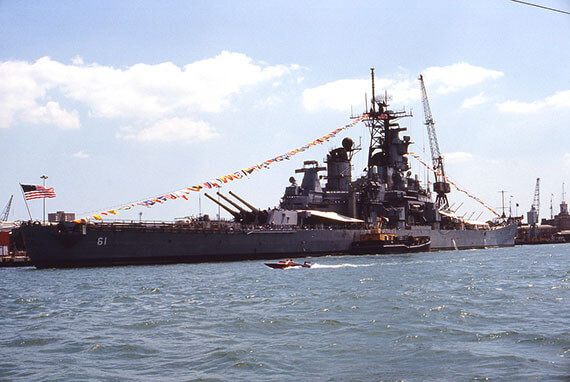 I recently went on a fun and educational day trip to two different locations.
The first was the battleship USS Iowa (BB-61). The USS Iowa is the first ship in the last class of US Navy battleships. It was originally commissioned in 1943. The US IOWA is also known as the Battleships of Presidents and as part of the tour you go inside and see the desk where the historical documents were signed. The ship has served in World War 2, the Korean War and the Cold War.
The IOWA also has a self-guided tour through an app that you can download for free which can be found at http://www.pacificbattleship.com.
The daily tour includes visiting the entire ship and can take a few hours. First you see the giant guns (16 inches wide, 50 caliber wide,) these large guns are found in the front of the ship (bow) and the rear(stern). The guns when operational were able to send an explosive device more than 17 miles with an accuracy of about a dozen feet. The visit also includes seeing the officers ward room (brass fittings), Presidents Roosevelt’s cabin (with bathtub and private study), the armored bridge (see how thick the plating really is) enlisted berthing (where the crew slept), mess decks (where the food was made and consumed) helicopter deck (on the rear of the ship) you can even sit in the Captain’s chair and look out at a majestic view of the harbor. There are large, easy to read charts and diagrams throughout the ship.
Right before you enter the ship there is a photo op, where they can special effect you into action photos aboard the ship (there is a fee). You will also find bathrooms and a store where you can purchase snacks and plenty of historical souvenirs (piece of original teak wood deck). Remember to wear comfortable shoes, since this is a walking tour. The ship is located at the los Angeles world cruise center and has plenty of paid parking spots.
The fees (discount for ordering online) are the following: General Admission Adult (Ages 12-61) Regular Price: $19.95, Online Sale Price: $17.95. General Admission Youth (Ages 6-11), Regular Price: $11.95, Online Sale Price: $9.95. Ages 5 and under are free. Proper adult supervision required. For seniors General Admission Seniors (Ages 62+), Regular Price: $16.95, Online Sale Price: $14.95. Gen Admission Active/Ret/Reserve Military (w/ID). Regular Price: $16.95, Online Sale Price: $14.95.
After visiting the USS IOWA, we decided to visit the Korean Bell of Friendship at Bell Pavilion Park which is located only a few minutes from the USS IOWA. This massive bell was donated in 1976 to celebrate the bicentennial of Independence Day, honor veterans of the Korean War and to remind us of the friendship between the two countries.
The bell which weighs 17 tons and has a height of 12 feet was designed after the Bronze Bell of King Songdok, which was cast in 771 A.D. and is still on view in South Korea today. The bell is made of copper and tin with gold and nickel to help tonal quality. The original cost for just the bell was more than $500,000. If you look carefully on the bell you can see 4 pairs of figures, each pair consisting of the goddess of liberty and a Korean spirit. Each spirits holds up a different symbol, a symbolic Korean flag, a branch of Korea’s national flower, a stem of laurel, and a dove for peace. The bell has no ringer, but is struck from the outside with a wooden club.
The Bell rests in a beautiful park sitting peacefully on a knoll overlooking the ocean from which U.S. troops sailed into the Pacific. The bell site offers an unsurpassed view of the Los Angeles harbor, the Catalina Channel and the sea terraces of San Pedro hill. The bell is rung only four times each year, the 4th of July, August 15 (Korean Independence Day) New Year’s Eve, and every September to celebrate Constitution week. The park is free with plenty of parking.
– Mitch R., contributing author