You are here: Home / Wellness / Cycle Your Way to Health 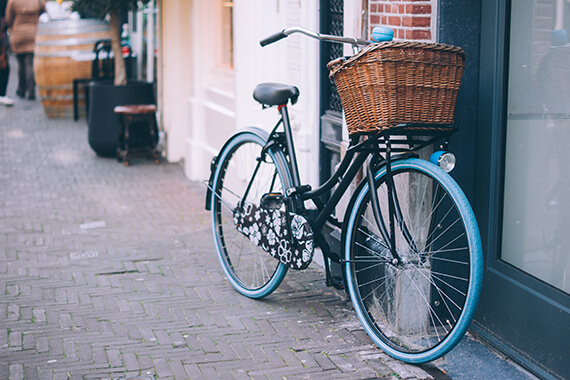 Looking to improve your health and lose weight but don’t have the knees for jogging or the budget for a fancy gym? Here’s an alternative—Bicycling.
Since the invention of the bicycle in the 14th century by Giovanni de la Fontana, humans have been enjoying the wide array of health benefits from daily riding and the great outdoors.
In 2015 more than 17 million bicycles were sold in the United States. Mountain bikes, which feature extra heavy duty tires brakes and frames, were the biggest sellers, leading the adult market. Moreover, between 2000 and 2010 there has been a 20 percent decrease in children who ride bicycles while adults have seen a 12% increase. The market for used bicycles had also increased with an estimated $1.2 billion in sales in 2015.
With so many riders on the street there must be some great health benefits to riding– let’s take a look at some of the many benefits.

Scientists from Illinois University have found that a 5% increase in cardio respiratory fitness leads to a 15% increase in mental tests. That’s because bicycling helps the growth of brain cells in the hippocampus, the region responsible for memory.
This increase in blood flow and oxygen to the brain helps to regenerate receptors in the brain and fights off Alzheimer’s disease. According to researchers at the University of N. Carolina, people who bicycle for 30 minutes a day, take half as many sick days as those that remained sitting on the couch.
Still not convinced? A Kings College study of 2400 identical twins found that those that rode their bikes just three times a week for 45 minutes a day were 9 nine years younger in health and body functions than those that did no riding.

Even better news for those that want to improve their sex drive. Research conducted at Harvard University concluded that men over 50 years old who cycle for at least three hours a week have a 30 % lower risk of impotence and behave like men two to five years younger. The study added that females delayed menopause by 2 to 5 years as well.

Cycling while pregnant will help both mother and baby:

A baby in development could beneﬁt from your riding as much as you can. According to research from Michigan University, mothers who regularly exercise during pregnancy have an easier, less complicated labor, recover faster and enjoy better overall mood throughout the nine months. Your “bun in the oven” also has a 50 percent lower chance of becoming obese and enjoys better in-utero neurodevelopment.

Studies form Purdue University have shown that regular cycling can reduce risk of heart disease by about 50%. Cycling just 20 miles a week will reduce your risk of heart disease by half. Bicycling is also so much easier on the body than jogging. Runners are constantly pounding on their knees, but bicycling relieves some of that stress–since most of your weight is on the saddle. This make it easier to exercise for longer periods of time– resulting in more weight reduction and better cardiovascular fitness.

Rent bikes for the family

Since bikes come in many shapes, sizes and colors; bicycling can be fun for everyone. It’s easy to outfit a whole family in appropriate bikes. Some families might even enjoy tandem bicycles, bikes that have two seats and two sets of pedals. Families can rent two tandems and — switch off, going from mother and daughter to father and daughter, creating a fun family adventure.
Bike rentals can be found at most resorts and outdoor venues these days. From Venice beach to Hermosa beach to Santa Barbara. There are also many bike paths that go alongside the beach combining fresh air and exercise. Currently several cities also have municipal bike rentals, where you can rent a bike and drop it off at a different location.
Studies have shown that children that are exposed to bicycling at a young age develop a healthier attitude regarding exercise and sports. I can still recall my mom helping me learn to ride a bike for the first time, the training wheels were taken off and I ran right into a collection of metal garbage cans, ouch. But after that, all was good and I still love to ride a bike, whether for exercise or fun.
So fill up those tires, grab a bottle of water and go for a bike ride, your body and mind will thank you.