You are here: Home / Wellness / Recognizing the Signs of Depression 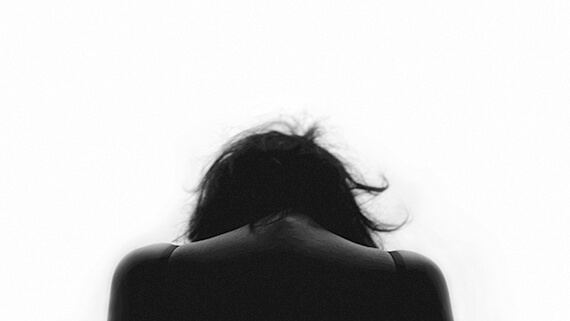 Everyone feels down on their luck occasionally. Some people, however, become trapped with feelings of despair and hopelessness and find it impossible to enjoy life. There are an estimated 350 million people suffering from symptoms of depression all over the world. In the United States alone 13% of the population takes antidepressants, while 25% of women from ages 40-50 take them as well. Fortunately, depression can studied and treated.

The symptoms of depression range from feeling empty, lifeless and unenthusiastic, to being restless and angry. What makes depression different from sadness is that it happens every day and hinders studying, working, eating, sleeping and enjoying life. When experiencing depression, it’s good to remember that these feelings are just symptoms and not a reflection of reality.

The Signs and Symptoms of Depression

The most significant signs of depression are feeling helpless or hopeless, and losing interest in activities, friends and everything you used to enjoy. Additional signs are always feeling tired, changes in sleep, changes in appetite, losing concentration on tasks that were once easy, being unable to forget negative thoughts, being irritable or aggressive, and an increase in reckless behavior.

• Men with Depression
Men are less likely to confess feelings of hopelessness and self-loathing, but instead talk about being irritable, tired and losing interest in hobbies. Men are also more likely to become angry, aggressive and reckless.

• Women with Depression
Women tend to experience feelings of guilt, sleeping all day, eating too much and weight gain. Hormones also impact depression during pregnancy, menopause and menstruation. Some women experience depression after childbirth, too.

• Teens with Depression
Teenagers suffering from depression are usually irritable, angry and agitated instead of being sad. They tend to experience physical pains such as stomachaches and headaches.

• Seniors with Depression
Seniors have more physical than emotional signs of depression, including memory problems, aches and pains and fatigue. They can also stop caring personal appearance, health and medications.

Understanding your type of depression is an important step towards recovery.

• Dysthymia
Referred to as “low-grade,” dysthymia is a chronic, mild and recurrent depression. Moods can vary from mild to moderate depression, to feeling normal on some days. Symptoms are less intense than other depressions but can last for around 2 years. A condition called “double depression” can be experienced when major depression occurs at the same time as dysthymia. Sufferers often feel this is normal and they’ve always felt this way.

• Major Depression
Less common than other types, major depression is relentless and intense and usually lasts around 6 months. Sometimes people only experience this once in their lives, but its possible to have a recurring condition.

• Atypical Depression
This is a subtype of major depression with its own specific patterns, therapies and medications. Symptoms are experiencing temporary mood lifts revolving around good news, social activities, and other positive things. It is associated with weight gain, hunger, sleeping too much, feeling heavy and being sensitive to rejection.

Depression doesn’t have a specific cause, but instead is the result of social, psychological and biological factors. Lifestyle choices and skills matter as much as genetics. Risk factors include isolation and loneliness, little social support, stressful experiences, family history, relationship and marriage issues, poor finances, childhood trauma, drugs and alcohol, career issues and unemployment and health problems.

Bipolar disorder, or manic depression, causes mood swings that shifts in behavior, thinking and energy. When the moods are down, it can be mistaken for depression because the symptoms are similar in that lowered state. Getting a proper diagnosis is important because the appropriate medicines are needed to treat each condition. If your feeling depressed, but also experience euphoria, insomnia, impulsive decisions and a racing mind then get evaluated for bipolar disorder to make sure the correct diagnosis is made.

The symptoms of depression can cause people to become suicidal. Warning signs for suicide include talking about killing or hurting yourself, thinking about death and dying a lot, feeling trapped and hopeless, saying goodbye to people, tying up loose ends and getting affairs in order, saying things like the world would be better without you, and becoming happy and calm instead of depressed after the decision has been made to commit suicide. If you are feeling suicidal reach out to a professional immediately.

If you or anyone you know is showing signs of depression, don’t hesitate to call the suicide prevention hotline at 1-800-273-8255. Or if you need advice, with a NAC membership you can call and speak to a counselor 24/7. Not a member yet? Join today to get the help you need